Getting knowledge and inspiration at the Slovenian Olympic Education Centre 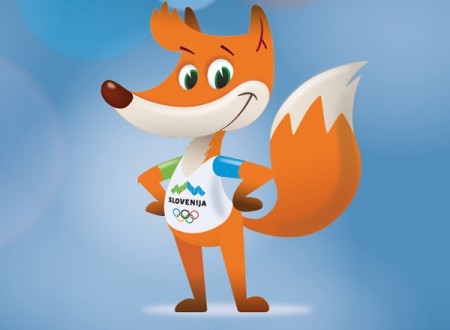 Despite its small size, Slovenia keeps proving that it is a country of top-level athletes. Countless Olympic medals, gathered from 1912, when Rudolf Cvetko won the silver medal in team fencing in Stockholm, until the 2016 medals won at the Olympic Games in Rio de Janeiro, clearly signal that when it comes to sports, Slovenia can compete with many a (bigger) country.

To top it off, Slovenian athletes are known not only for their excellent physical fitness, but also for their pride, passion, and dedication.

Famous for being passionate are also Slovenian fans, who never miss the Olympics, regardless of where they are held. The increasing interest in the Olympic Games and the sports they feature resulted in a wish to bring the Olympics, their history, their present and their future closer to the public with a modern and interactive centre. This spring, it will have been three years since BTC City Ljubljana saw the opening of the Slovenian Olympic Education Centre. The opening event was also honoured by Thomas Bach, President of the International Olympic Committee, who was more than thrilled with its new and modern look. Ever since, the centre (also abbreviated as SOIC) has proven that Slovenian Olympic history is an interesting and attractive topic for all generations.

The Slovenian Olympic Education Centre performs many roles. One of the most important ones is certainly its function as a museum of Slovenian Olympic history, presenting the symbols and athletes who have competed in the Olympics. Aided by videos, photographs, contextual information, exhibits, and even copies of all the Slovenian Olympic medals, visitors can familiarise themselves with the rich history of the Olympics from Ancient Greece until the present day. With the help of VR technology, they can even try ski jumping and skiing themselves.

Although the Centre is intended for all generations and is also frequented by sports professionals and athletes, special emphasis is given to the education of children and the youth. The Centre provides its visitors with a rich programme, including the particularly popular Olympic Hours featuring Olympians and former top athletes. With workshops, sports, and parlour games they awaken an interest in movement, sports, and a healthy way of life among our youngest, and at the same time inspire them to eagerly watch and keep up with the Olympics.

As was the case in 2016, visitor turnout at the Slovenian Olympic Education Centre is especially high before the start of the Olympic Games. Not only because its shop offers products from the official fan collection, but also due to the increased interest among Slovenian Olympics fans. During the winter Olympics, which will take place in February in Pyeongchang, South Korea, the Centre will organise meetings with former Olympians and give visitors a chance to personally meet their sports idols.

At the Slovenian Olympic Education Centre, they are aware how important the spirit of fan support truly is at every single event, not just the Olympics, which is why they will also attend the ski jumping competition in Ljubno. Together with a crowd of more than ten thousand people, their mascot Lisjak Foksi (Foxy the Fox) will cheer for our Slovenian eagles and hope that their successful flights on the Ljubno ski jump will be followed by new Olympic medals. These should fit nicely into the collection of the Slovenian Olympic Education Centre and prove to the visitors once again that Slovenia is a country of true athletes.